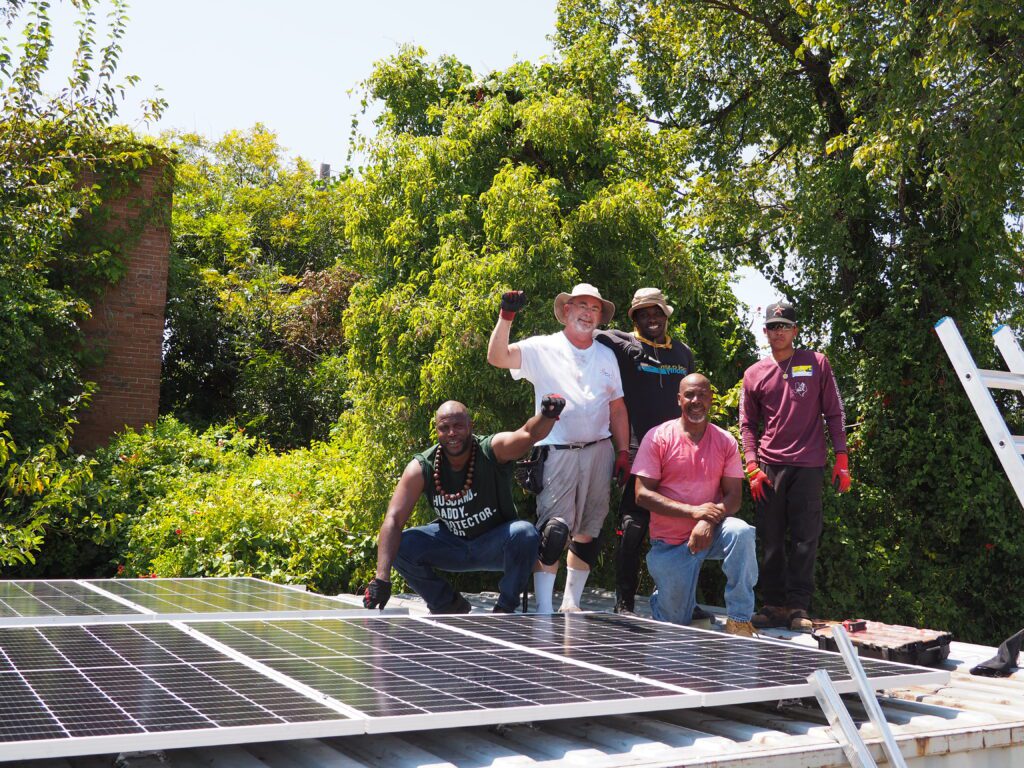 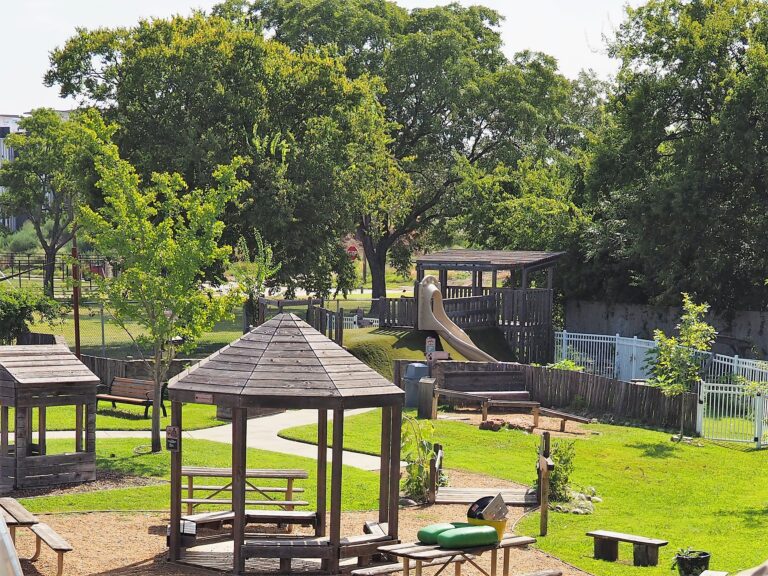 Vogel Alcove’s Backyard is an integral part of our therapeutic and early childhood education programming. Built in 2014, the Backyard is a certified Nature Explore classroom. This gives our children the opportunity to reap the social, emotional, physical, health, and cognitive benefits that come from connecting to the outdoors and nature. It boasts multiple play areas, therapeutic sensory gardens, wildflowers, a certified farm-to-preschool vegetable garden and a greenhouse. These areas were provided generously by various corporate partners and donors.

Farm Program Administrator Jerry Robinson is charged with the care and innovation of the gardens, one of the many hats he wears at the facility. Sunflowers surround the Vogel Alcove property, an abundance of vegetables grow and lush greenery flourishes, and construction of a brand new gothic green house was recently completed. Jerry has a vision for the space and he knows the future is now. 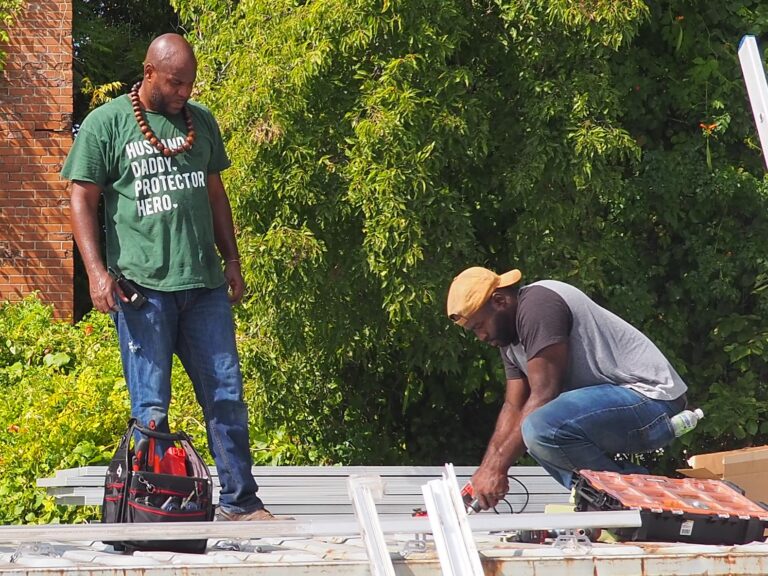 This week brought the latest innovation with the installation of seven 2.8 kilowatt solar panels. It will supply power to the greenhouse’s air conditioning system. Jerry and Michael Fladmark of Michael Fladmark, LLC. designed the system, which will operate only when the sun is out.

The project was installed by a crew of graduates from Green Careers Dallas, a non-profit organization that provides solar installation training to residents of South Dallas. They work to empower and energize the people of South Dallas by creating innovative economic opportunities in underserved neighborhoods. This crew of graduates, including Jerry, were led and trained by instructor Mark McCollom, owner of Skygate Solar, LLC.

The solar panels provide a controlled environment in the greenhouse, cooling on the hottest days and warming on the coldest. This helps use the space to its full potential, like starting vegetable plants earlier in the season. It will include a worm farm where the kids can learn about composting, and house the growth of micro-greens ensuring the children will have fresh salads each day at meal time.

The greenhouse will also host 3 systems that teachers can build into their curriculum:

This project had another great outcome: One of our Vogel Alcove dads assisted with the project. Mark with Skygate Solar was so impressed with his work ethic that he offered him a job on the spot! If that isn’t servicing our mission in the best capacity, we don’t know what is!

The future is bright! More updates to come.

Funding for the solar panel system was provided by individuals who gave in memory of Vogel Alcove CEO Karen Hughes’ father, Bert R. Hughes, an electrical engineer and avid gardener. 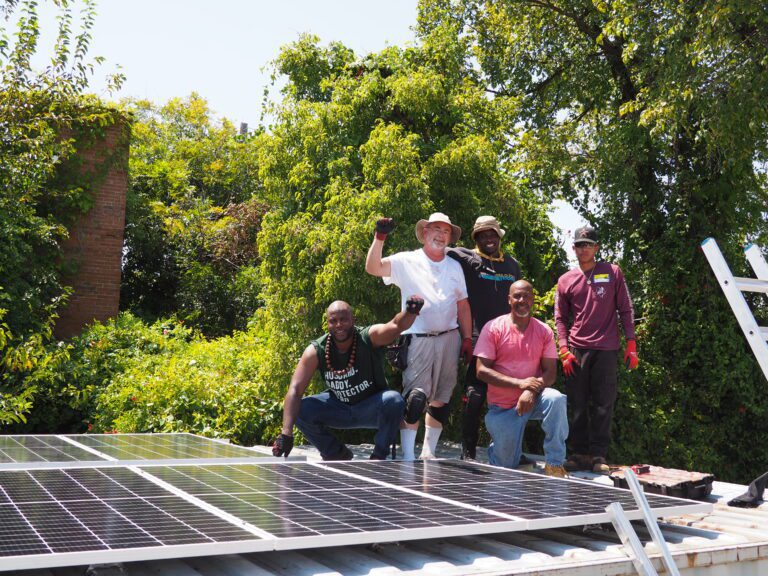 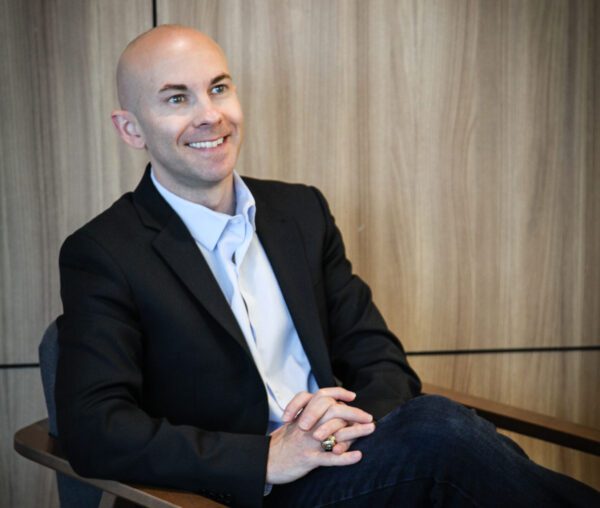 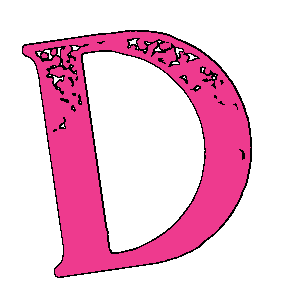